Get Yourself Into A Pickle

So what's the deal with pickles? Are they simply extra garnish on the plate, or a flavorful addition that some people relish (sorry, I can't help myself!) but others view as mainly decoration?

Nope, there's more to it than that. Ever wonder why sandwiches and hamburgers are often accompanied by a pickle spear, or why hot dogs are traditionally topped with sauerkraut (which is pickled cabbage), or why sushi comes with pickled ginger? These various pickled foods aren't just there for decoration, and not just for their burst of taste either- fermented foods, including vegetables that are "pickled", serve a very important digestive function. Pickles are almost always served with other foods, rather than on their own, and for good reason- they actually help us to break down and better digest our other food, especially when it comes to animal foods such as meat which require more energy and effort from the body to digest. In all of the above examples, a meat or animal food is served with a pickled vegetable...we may think of it as just "the norm", and not think about the reason, but in fact these pairings come from a long tradition of food wisdom from other cultures about what our body needs in order to most efficiently assimilate and then dispose of the food we consume.

So what exactly do these powerful pickles do for us when it comes to digestion? Fermented foods such as pickles provide active healthy bacteria, or "flora", which we need in the intestinal tract in order to effectively break down and digest our food and then dispose of the remains as waste. This may come as a surprise, but we have active bacteria at work in our bodies all the time, and it's a good thing we do- we need them to adequately process the food we take in, and to be able to dispose of what we don't need. When we consume fermented foods such as pickles, these healthy bacteria get to work in our intestinal tract, and we reap the benefits through improved digestion in every area from assimilation of nutrients to ease of bowel function. This is why you hear about people taking probiotics or eating foods containing probiotics to ease digestive problems- it's that healthy bacteria getting the job done.

The meat and pickle connection comes in because of the fact that meat and animal foods are primarily composed of protein and fat, and don't contain the necessary fiber to move themselves smoothly through the intestinal tract on their own-our bodies depend on adequate intake of vegetal foods (foods that come from plants) to provide the absorbent, bulky fiber that will soak up water, become heavy, and move the more dense, protein and fat rich animal foods through the intestinal tract. If we aren't getting a good balance of animal to vegetal foods and there are not enough high fiber foods to move the low fiber animal foods through the colon, then the animal foods can sit there for too long and begin to decay and putrefy, thus releasing toxins and bad bacteria into the intestinal tract, interfering with digestion and also creating extra work for the kidneys and liver. These toxins and bad bacteria can also be released if we are consuming poor quality animal foods, or accidentally consume a piece of animal food that was spoiled. Therefore, it makes sense to have a tradition around consuming pickles in a meal that contains meat or animal food, because they give us that good bacteria to 1) help us to maximize our digestion and assimilation of nutrients from our food and assist in the disposal of what we don't need, and 2) balance out any bad bacteria that could be released due to low fiber foods "stuck" in the colon, and to get those foods moving to where they need to go.

In Northern Europe, where pork consumption has always been popular, sauerkraut is a staple. In the Middle East, where lamb is a featured meat, it is usually served with fermented yogurt. The examples go on. The best news is, the good bacteria connection only one part of the pretty pickle picture- fermented foods are also generally alkaline in nature and therefore help to balance out an acidic state in the body, which can result from the consumption of too much animal foods without balancing vegetal foods, or from consumption of too much alcohol, sugars, or extremely fatty foods and refined/processed foods. An overly acidic condition in the body creates inflammation, which is increasingly indicated as the predominant precursor to serious degenerative disease, as well as more common discomforts such as headaches, muscle cramps, and constipation. To avoid an acidic state in the body, it is therefore very important to balance with alkaline foods, as well as to mitigate stress which is a major contributor to inflammation.

But it doesn't stop there- pickles have another trick up their sleeve! In Eastern medicine, they considered very grounding to the body and mind; before people knew anything about a calorie or a fat gram or a carbohydrate, they used a different kind of science to help them understand foods and how they related to the needs of the body. This wisdom was based on the perceived energy of a food; the energy that would be imparted to a person who consumed it. When we get moving too fast, or too caught up in our head, or when we can't seem to stop the wheels from spinning and are feeling distracted, we need some grounding energy- something to bring us down to earth and calm us down. Pickles pack a powerful punch in this area. To prove it, try this experiment: the next time you are craving sweets mid-day or late at night (which is a common but misguided craving when people are moving too fast and burning out or feeling distracted), snack on a pickle spear instead of a cookie, or nibble a spoonful of sauerkraut instead of some ice cream. A few minutes later, see if that sweets cravings hasn't bitten the dust, and if you aren't feeling more relaxed and grounded (which is the exact opposite of how you'd be feeling if you gave in and went for sugar, because sweets have the opposite energetic effect).

So now you're ready to party with pickles! One thing to remember, though: the beneficial elements of pickled foods do depend on the active bacteria, so don't heat them to temperatures so high that these active bacteria have been killed. Stick to pickles, sauerkraut, and pickled ginger and other veggies that have not been heated. You also don't need a large amount to enjoy the benefits, and pickles are best enjoyed in moderation: one small serving per day is plenty. Happy Eating!

*And when it comes to wine and beer (yes, they are fermented, and of course everyone asks!), it's important to remember that they are also alcoholic, and so drinking more than one or two drinks puts your body at a disadvantage in terms of processing the effects of the alcohol.


Interested in finding out more about what foods are right for your own body and why? Looking for personalized information and support to help you change your eating and lifestyle choices in order to achieve your own specific goals for health and wellness? Contact me to set up a consultation: erica@wellnessrealized.com
at 5:24 PM 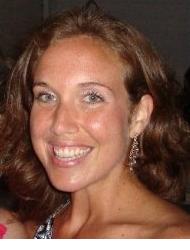 I am a Certified Nutrition and Wellness Counselor and the founder of Wellness Realized. Understanding and utilizing the power of healthy, natural, and wholesome food is my job, and I love it! I teach people a new way of understanding food and its impact on the body, as part of a new perspective on taking care of themselves through choices that are natural, supportive, and balancing, and that are particularly tailored to their own personal needs. I specialize in one on one nutrition and wellness counseling at my offices in Brooklyn and Manhattan, and through phone consultations nationwide. I also deliver group seminars and presentations at organizations in corporate and community settings on varied topics pertaining to nutrition and wellness, and am available for freelance consulting on projects and research for publications. For rates, details, or more information on any of the above, please contact me at erica@wellnessrealized.com or 718-522-2539 .

I live in Brooklyn Heights with my lovingly-fed husband, where I am usually busy whipping up an abuncance of bountiful, natural goodness in The World's Tiniest Kitchen. 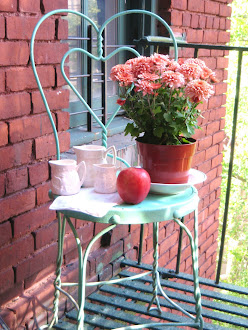